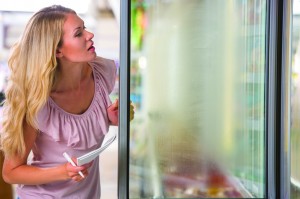 Solar Trends now has available a new line of films from Madico – the new “Solution Series”. This is a line of films designed to meet specific needs beyond common architectural applications.

– Anti-Fog film is the perfect solution for glass that easily fogs due to constant differences in temperature or humidity. It can help keep glass clear providing better visibility. Common applications include refrigerated or frozen food cases, bathrooms, steam rooms, indoor pool enclosures or any glass surface that easily fogs.

– Plexi Plus film was designed specifically for polycarbonate (Lexan®) and acrylic (Plexiglass®) substrates. Polymeric substrates such as these absorb moisture on high humidity days and exude that moisture vapor on low humidity days, leading to the blistering of standard film products. Madico’s Blister Free film offers a proprietary adhesive that is not affected by the absorption and release of this moisture and remains intact. When used as a base film layer, Blister Free opens up a world of film options that can be applied

– Graffiti-Free film is designed to protect both glass and other smooth surfaces from harm. Optically clear and distortion-free, Graffiti-Free window film acts a sacrificial barrier to guard glass from costly graffiti, etching, or high-traffic wear. After such an event has occurred, the damaged film is removed and a new layer is installed at a cost significantly less than the cost of removing and replacing the glass.

– Finally, now available is a coloured film, Amber 81 is a specialty window film designed for use in environments that require the blocking of ultraviolet light into the low visible light region. It is commonly used in the medical field, technology based clean rooms, and for photography purposes.